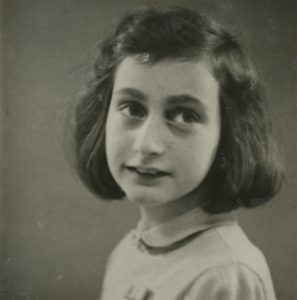 We welcome special guests, Jason Schwartz and Carrie Wreford, to the Stratford Perth Museum on January 28 from 1-3 to help us say goodbye to the Anne Frank: A History for Today Exhibit. Addressing issues of Anti-Semitism and discussing their family’s Holocaust/ Shoah history, they will offer insight into the dangers of polarity, prejudice, and fearing diversity. “No liberty can be synonymous with amnesia” – a comment made by Sylvain Caen, a Holocaust survivor and one of the subjects of Jason Schwartz’ series of black and white photographs documenting the atrocities experienced during WWII. Jason’s photography series provides significant and evocative identities of many Holocaust victims, which in turn, humanizes all those who continue to be impacted by discrimination and genocide. We are honoured to have both Carrie and Jason present their profound journeys and share in our community mission to combat racism and persecution.

Cost: $10.00 per person (Includes special guest presentations, a tour of the Anne Frank Exhibit, access to the whole museum, and Refreshments provided by Douze Bakery)

Carrie Wreford is co-owner of Bradshaws, Small-Mart and Werk-Shop – three retail shops she runs alongside her husband, Stratford native, Jeremy Wreford. After moving to Stratford in 2005 from Toronto, Carrie has served as a board member of Gallery Stratford, participated in the Advisory Committee of the Stratford Chef School and was a board member and past Chair of of Destination Stratford. Through her businesses, Carrie and Jeremy have been supporters of innumerable cultural events, organizations and charities in an effort to contribute to strengthening the fabric of the Stratford community.

Before relocating to Stratford, Carrie worked as a wardrobe stylist in the Toronto film industry which is where she and Jeremy initially met. She then worked as a Graphic Designer for Roots Canada before taking a leap of faith to move to Stratford with Jeremy to become the 6th generation of Stratford families to run Bradshaws. Carrie and Jeremy have two kids – Ezra and Gigi ages 13 and 11. It is very important to Carrie that her children learn by example and make positive impacts on the community she and her children live in.

Carrie will be speaking at Stratford Perth Museum about how and why she chose to get involved in helping over 1000 (current total) Stratford and area middle school students attend a docent-lead tour of the Anne Frank Exhibit at the Stratford Perth Museum in an effort to increase Holocaust education and awareness for youth in Stratford. Her involvement lead to being interviewed on The Bridge podcast by Peter Mansbridge – “Hate and Trying to Confront It” (first aired May 16th 2022 with an encore presentation on July 18th 2022). She was also interviewed by journalist Ralph Benmergui on “I was not ready to move on” podcast “Yehupetzville” for the Canadian Jewish News on May 31st 2022.

Jason Schwartz is a freelance photographer/location scout residing in Toronto, Canada. He has documented the stories of Israeli victims of terrorism on behalf of One Family Fund. He has also completed a major commission on behalf of The Florida Holocaust Museum photographing 115 Holocaust survivors in Southwest Florida (2001) as well as his own book of portraits entitled “The Ghosts That Haunt Us”-Portraits of Holocaust
Survivors” (1997). Spanning a thirty-five year period, Schwartz has exhibited internationally and has photographed various celebrities including Eric
Clapton, Judy Blum, Amos Oz and Lech Walensa. He was recently awarded the Loebenberg Humanitarian Award (2022) by the Florida Holocaust Museum for his photographs completed on behalf of the museum some 20 years earlier.

More of his work can be viewed at jason-schwartz.ca