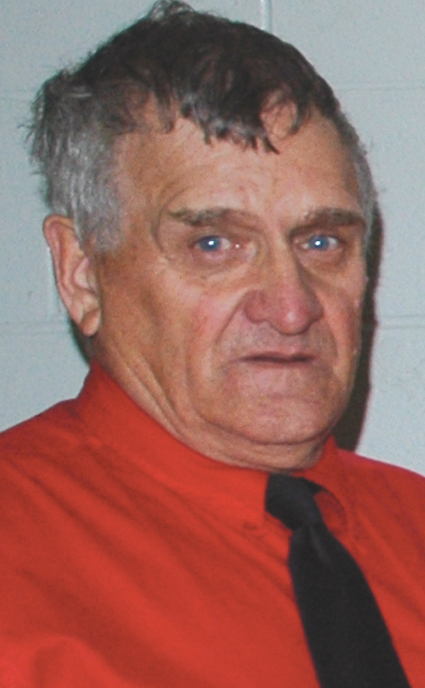 Bert and his family have farmed in Perth County for 56 years but many of his greatest contributions are community-minded and have little to do with his farm or business.

So what has Bert done?

What hasn’t he done is a better question.

Bert has 27 years contributing to his community as a Councillor, Deputy Reeve, Reeve, Deputy Mayor and Warden and during municipal amalgamation, he was the Chair of the Implementation Committee.

Environment? Bert was on the West Perth Energy and Environment Committee which was instrumental in initiating the walking trails and wetlands in West Perth. The Committee promised that the creation of trails would not use taxpayer dollars, so Bert contributed labour, equipment and canvassed for material to physically create the trail. He still contributes time and material to maintain the trail to this day.

Community? He was the driving force behind bringing Perth Community Futures to this area.

He also served on the board of the Rural Ontario Municipal Association (ROMA) and was president in 2000.  The Walkerton water crisis took place during his tenure and ROMA was one of the first organizations to respond with financial assistance.

Bert was the chair of the Fullarton Sesquicentennial that celebrated the township’s 150-year anniversary. Proceeds from the event went to Fullarton Park.

The Rotary of Club of Mitchell was formed in 1997 and Bert was one of the founding members and served as president in 2002, 2008 and 2015. He continues to be very active in the club.

Stratford Perth Museum? Bert was the chair of the museum board when the museum’s future and existence was a matter of great debate. It was during that time that Bert worked to establish stable municipal funding for the museum and was also instrumental in the museum purchasing its current and permanent location.

Richard Smelski was on the Stratford Perth Museum board when the Agriculture Wall of Fame began and still sits on the selection committee.

“Bert epitomizes the premise of our Ag Wall of Fame. Here’s a person who has not only made great contributions to agriculture but also to his community,” said Smelski.

“Bert’s energy and dedication have touched a lot of people and made this area a better place to live.”

A lot of Bert’s accomplishments have been a team effort and he and his wife Audrey, were recognized as West Perth Citizens of the Year in 2009.