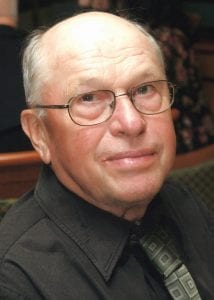 Lorne grew up on the family farm in Hibbert Township where he attended a one room school and then Mitchell District High School but due to illness in the family left school early to manage the family farm.

His passion for Agriculture began in 1947 when he joined the Mitchell Boys and Girls Grain club sponsored by the Mitchell Agriculture Society. Each member received two bushels of registered seed which Lorne planted and the resulting crop received a second prize at the Mitchell Fall Fair which qualified him to show at the Royal Agriculture Fair in Toronto where he also received a second prize and a result was able to sell the remainder of the barley crop for seed. Thus, the beginning of a very successful seed growing business which soon became known as Rosebank Seed Farm.

In 1962 Lorne married Helen who became an active member of the business.

Rosebank became a prominent name in the seed grain business, and a regular exhibitor at the Western Fair, Perth Ag week, and London Farm show as well as the Royal Agriculture Winter Fair where competition comes from around the world.

In 1982 Lorne won the world championship for soybeans which was the first of 23 world championships to follow including oats and white beans. This is a remarkable accomplishment beginning with two bushels of grain!

Together Lorne and Helen built their business and raised a family of four Sharon, Roger,Joyce and Pauline. The couple where active in the community. Lorne passed away in 2018. 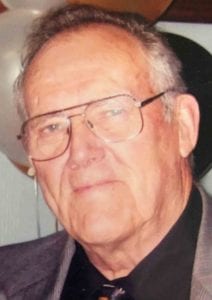 Ken Scheerer was born in 1932 raised on the family farm in NorthEast hope Township attending the Brocksden one room school graduating at age 14 and began his long Agriculture career on that farm.

Ken married Marlene in 1954 and together they raised five children, built a successful dairy farm which did not come without its hardships such as a devastating barn fire in 1968.

Although Farming was Ken’s chosen career, he found time for teaching Sunday School, dedicated church work including being Treasurer. He lead 4-H and was a school trustee.
He enjoyed music and was self taught pianist and singer.

After a stint as Stratford Agriculture Society board member and president he took on the management position for five years.

His involvement with the Perth Milk Committee included dairy education coordinator and the launch of the Coliseum program for all Grade 5 student’s across Perth County. Knowing where and how Milk is produced and that program still exists today.

In his township Ken acted as the Assessor and later Building Inspector.

He joined the Stratford Rotary Club and embraced the role of being a bridge between the Rural and urban members of the club. Using his typical wise and homespun manner, he proudly demystified for his urban Rotary Friends, the pleasures, intricacies and complexes of life spent on the farm.

As a result he was instrumental in organizing and operating the Rural Urban Night which we all look forward to each year. 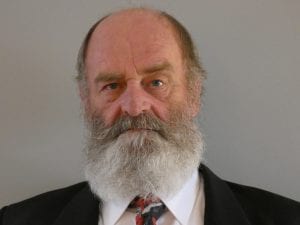 Paul Verkley operated a 200 cow dairy farm in partnership with three brothers in the current Elma Ward of North Perth. Throughout that period, Paul was active in agriculture organizations both at the county and provincial levels, and developed an ability to provide meaningful contributions in a number of diverse areas ranging from organizational restructuring to Environmental Farm Planning to agriculture biotechnology.

Paul managed to juggle a three -milkings-per-day schedule at home, with extraordinary Demands on his time as an OFA Provincial Director and OFA’s representative on a number of external committees charged with investigating environmental issues faced by Ontario Farmers.

In 2000-2001 was the OFEC Spokesperson for the Walkerton Inquiry.

Paul became a much sought after speaker at conferences and workshops throughout Ontario and beyond. He has the ability to present a Farmers perspective on environmental issues in a way that reassures the general population that a strong environmental ethic is part of the fabric of the farming community. Paul has an excellent grasp of issues pertaining to Agriculture and the Environment. This is demonstrated by the fact that he has been recognized as an expert witness on nutrient management by Ontario’s Normal Farm Practises protection Board.