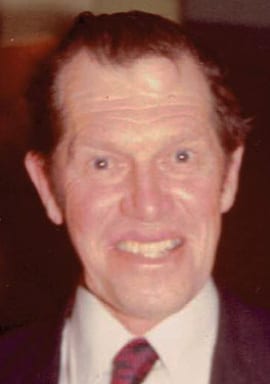 Success with his Holstein herd was showcased by many Bainholm cattle, not the least of which was Bainholm Citation Melinda, who achieved excellence status, was the Grand Champion the Perth County Show, Reserve Grand at the London Championship Show, and was nominated as all-Canadian two years in a row. Allan was awarded the highest honour given to a Canadian Holstein Breeder—the Master Breeder Award. Allan died in 2001. 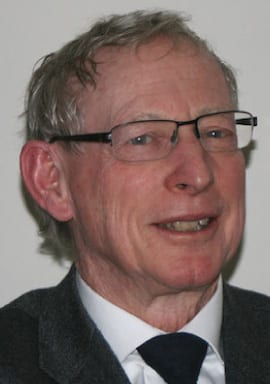 Born in Peterborough, Pat completed his Masters of Science at the University of Guelph and began his career as a soil and crops adviser with the Ministry of Agriculture in Stratford in 1972. He soon became recognized for his vision, his skills in communication, and his expertise in crop and soil extension. After leaving OMAF, Pat worked as a crop consultant and took genuine pride in helping young farmers. He was a well-known public speaker at the community, university, and government level. Pat greatly influenced crop production in Ontario for the benefit of the farmers, the environment, and the value chain. He has had speaking engagements concerning agronomic skills both nationally and internationally, including a speaking tour in South Africa to discuss soybean production. Today, he still works as a private crop consultant and with a wider scope of suppliers and farmers, as well as owning his own independent agronomist business since 2008. He has received many awards for in ingenuity, volunteerism, and foresight. 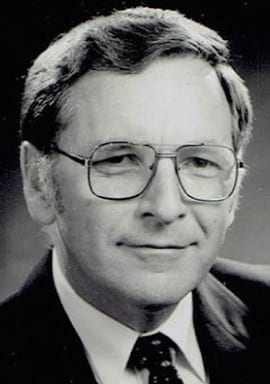 Agricultural College in 1957 in crop science. From humble beginnings, Murray jointly purchased a 100-acre home with his wife near his birthplace and soon began raising hogs in what he called a circle of life. He often mused: land grows crops, corn is fed to hogs, hogs produce manure, and the manure goes back on the land to maintain yield of corn and the product of the cycle is pork. Murray was a strong proponent of animal welfare and in the belief that it was the farmer’s responsibility to provide optimal living conditions beneficial for animal health and growth.

Murray was a visionary. In 1977, he developed insulated concrete wall barns that are still an industry standard. In 1981, he initiated a computerized feeding system and modified open-front barns designed to improve animal welfare. In 1982, he built an on-farm methane digester that produced electricity, an innovative, environmentally-conscious energy source that was well ahead of its time. Early in his career, he was a proponent of high moisture corn storage as an economical method of feed storage and preparation. Each time he developed a new idea he shared it with the industry, eager for the opportunity to play a role in the advancement of modern agriculture. Murray died at age 51 in a sailing accident, but his ideas, creativity and inspiration essential to his role as an agriculture motivator live on, both in the community and as an integral part of his children’s identities.