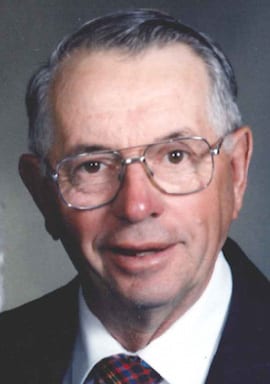 Stewart began his farming career in the 1950s on the family farm located on the south side of Ontario St. between Burritt St. and C.H. Meier Boulevard, Stratford. Athlone Farms was moved to its present location in South Easthope Township in 1966, where it continues under the management of fifth and sixth generations of the Anderson family.

As a Perth County Dairy farmer and graduate of the Ontario Agricultural College, Stewart showed exceptional leadership as both an outstanding business manager and as an active participant in many community organizations. He was aggressive in adopting and implementing new farming technologies while promoting safe environmental practices to protect water quality. Stewart was known for practicing “service above self”, a virtue that is clearly demonstrated in his commitment to farm and community organizations both locally and provincially.

Nominated by: The Rotary Club of Stratford and Helen Anderson and family. 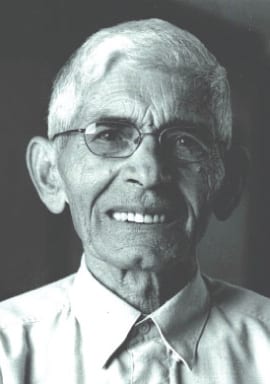 Willy was well known throughout Perth County in both the pork industry and with the Federation of Agriculture. An immigrant from Switzerland, he worked as a cheesemaker and operated a factory in Fullarton for Stacey Brothers, producing European-style cheeses, as well as attempting to initiate the sale of yogurt, the first individual to do so in the province. Market resistance due to Canadian unfamiliarity with these new products made the factory unviable, driving Keller instead to invest his energy instead into farming.

After abandoning mixed farming, which was most common at the time, Keller chose to specialize in raising pigs. From this moment onward, Keller maintained the belief that if a farmer focuses on an aspect of farming that they like the best, they will likely do the best. The success of his work in the promotion of cross breeding of York and Landrace Swine can be seen with its current reputation as a standard in the pork industry.

Along with his wife Clara, the Kellers were instrumental and active in the early years of the Ontario Pork Congress in Stratford. Willy passed away in 2012. 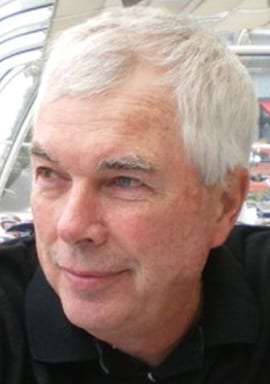 Eric graduated from the University of Guelph in 1976 with a Bachelor of Science in Agriculture. He began his 35-year career with Dairy Farmers of Ontario in 1978 and initiated the idea of on-farm visits, as it was his belief that progress for the industry as a whole should rely on input from grassroots sources.

Eric’s advice was essential to many successful transitions in the industry, and in some cases worked with three generations of milk producers. As a milk quality inspector, he has a reputation for being firm but fair, and was very well-respected throughout the dairy industry, both in Perth County and provincially. Through an approach of careful and attentive listening, Eric represented both friend and a mentor to many local farmers.

Over the 35 years that he held his position, he attended 98% of the monthly Perth County Milk meetings, a further testament to his commitment to the industry. He also had strong ties in both the local minor hockey and baseball teams, which deepened his connection to the community at large.