Tickets can be purchased online via our website under the “Buy Tickets” tab.

The museum’s hours and admission prices are also on our website. The Stratford Perth Museum’s summer hours begin May 7.

Steps to Stardom tells the story of Justin Bieber’s meteoric rise from busking on the steps of the Avon Theatre to becoming one of the most popular pop stars in the world. 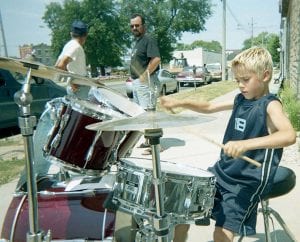 The Museum has been given access to hundreds of items – awards, clothing, pictures, all-access pages, personal letters and even running shoes and we are now in the process of collecting the items for exhibit.

In addition, a number of things have come forward from Stratford residents that have also been offered to the Museum — team pictures, hockey jackets, drum sets, even library cards, that were used by Justin before he was an international pop star.

The exhibit tells the story of the Stratford native’s career from those early years – busking in Stratford and performing in local talent shows – to the largest venues and stages in the world. The exhibit, created by the M

This exhibit is made possible thanks to a sponsorship by Hyde Construction.