EXTENDED until the end of 2020

The museum works closely with Bieber and his family members and continues to receive new items for the exhibit. Most recently Justin's grandparents brought a number of very personal items from Justin and Hailey's wedding to the museum. Those items are already on display. 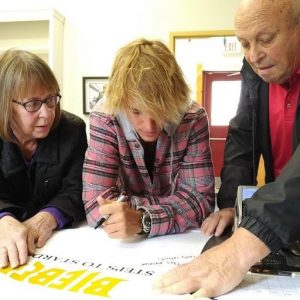 The Revols/ The Road to Woodstock

EXTENDED through the end of May 2020. 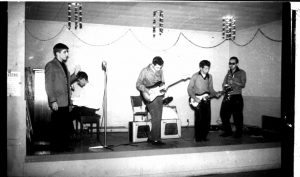 In the late 1950’s Rock and Roll hit the music scene in Canada. In Stratford it was the inspiration for a group of boys to form their own band, The Rebels. Later known as The Revols, it launched the careers of three young musicians who went on to play with some of the famous bands in the world. Richard Manuel, John Till and Ken Kalmusky honed their skills performing with rockabilly legend Ronnie Hawkins and many other Canadian and American artists.

Created in conjunction with the artists’ families, the exhibit celebrates the careers of these three musicians, and includes background stories and rare personal memorabilia. It also highlights Perth County’s rich music history, including a look back at the Dance Halls of the 1930s, ’40s and ’50s, as well as a view of Stratford in the ‘60s through the lens of the Perth County Conspiracy (Does Not Exist).